Exclusively proposed in pre-order
Take action now from October 2022, as this rare product must be ordered at the beginning of the production season (autumn – spring)
Delivered on June 2023

The body regeneration with the ancestral medicine by the alchemists. 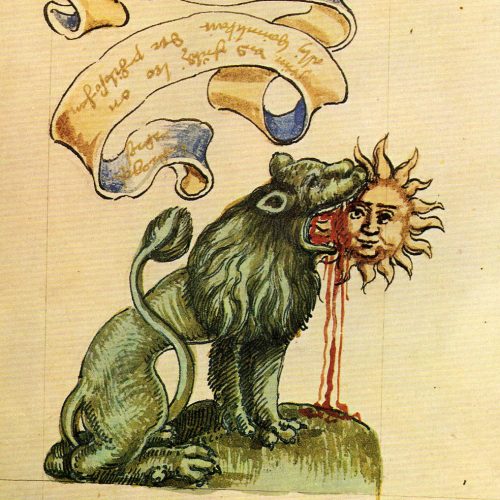 Alchemists in all civilizations have pursued a single quest: the knowledge to obtain the elixir of long life, the “Metallic Philosopher’s Stone” by proceeding with the separation of the three principles “body, soul and spirit” by purifying them in order to obtain a matter that is pure and alive. The ultimate goal is to reach the “Philosopher’s Stone” or the “Powder of Transmutation” through the Royal Art.

This “Projection Powder” or “Philosopher’s Stone” makes it possible to exalt all purified metallic materials including lead into pure gold in order to be able to transform this gold into universal medicine and to make it assimilable for the human body.

This “Projection Powder” or “Universal Medicine” was bringing to the body, the soul, and the spirit, a state of consciousness with a higher vibration allowing the body to regenerate, to prolong the physical life, and to get an awareness of existence of healthy life. It allowed followers and initiated persons to push back their limit of existence in order to reach an age out of the ordinary for a mortal human being then to acquire an immortality of the conscience *.

The other property of the “Philosopher’s Stone” is to reach a frequency adjustment of the body, soul and spirit; a state of awareness of one’s immortality.

The “Metallic Philosopher’s Stone” cannot be fixed by a human being with a conventional physical and mental constitution. It requires a very long vibrational preparation and a deep purification of the body to be able to assimilate it without damage, in order to obtain a physical transmutation of the carbon cells into crystal cells. The goal is to provoke a « vibrational death » then a rebirth in order to increase the amplitude and the speed of light within the cells, then to harmonize our various subtle vibratory bodies to transform them progressively into bodies of light.

Why a vegetal “Philosopher’s Stone”? To regenerate our cells.

Every alchemist also has the knowledge of being able to make a ” Vegetal Philosopher’s Stone”, but very few have spoken about it. The preparation process is the same as for the “Metallic Philosopher’s Stone”. It consists of in extracting elements from the vegetable kingdom, similarly the body (the “salt”), the soul (the “mercury”) and the spirit (the “sulfur”) **. It is then necessary to purify them, to exalt them, to obtain three pure matters, and to create a “Vegetal Philosopher’s Stone” of transmutation in order to regenerate and to increase the different frequencies of the three bodies: physical, emotional and mental.

The benefit is that It can be directly assimilated by the physical body and does not require systematically a preparatory purification. Our human body is mainly composed of a set of amino acids from the vegetal kingdom and traces of metals and metalloids.

The “Vegetal Philosopher’s Stone” is an ancestral elixir for the reharmonization and the regeneration of our cells and our organs in relation with several subtle vibratory bodies and state of consciousness.

This elixir has to be ordered on October 2022, and will be available on June 2023. It requires several long months of preparation and assiduous work 24/7 to obtain this rare and exceptional elixir.

This elixir is powerful, regenerating the body as well as providing you with energy.

10 drops in morning at dawn and 10 drops in evening at sunset under your tongue to mix with saliva for one minute.

For further question about this “Vegetal Philosopher’s Stone”, send an Email : contact@fulmina.org

* Read the chapter on the life of St. Germain in “The Keys of Arya”: https://www.fulminadistri.com/shop/the-keys-of-arya/

** This expression of “body, soul and spirit” is an analogy because of the plant kingdom has having neither a soul nor spirit.These are symbolic expressions used in alchemy that do not correspond to the elements of chemistry.

This product is NOT a medication and it is not intended to replace any allopathic medical treatment; it does not carry any danger, NO toxicity or habituation, but be aware that the bioelectric energy it generates is a powerful tool for the cells of your organism.

This product is NOT RECOMMENDED FOR PEOPLE BELOW THE AGE OF 14 YEARS OLD since it should not be necessary.

It is recommended for people of the THIRD AGE population.

It is NOT RECOMMANDED for pregnant women, nor during the milking period.