This ointment is composed of an extract of red roses from Damascus, one of the oldest varieties of India, China and Persia cultivated with respect, and harvested according to ancestral principles to preserve the organic and magical qualities.

The history of the rose goes back to the dawn of time. These flowers, native to Central Asia, have spread throughout the northern hemisphere without ever crossing the equator. Fossil rosehies (wild roses) have been found in the United States, Oregon and Colorado. Their age has been estimated at ± 40 million years. According to scientists, the appearance of the first rose bushes dates back, at least, almost 35 million years ago. The oldest representation of the rose was found in Mongolia, in the tombs of Emperor Chudi. According to historical accounts, roses had been cultivated in India, China and Persia for five thousand years for their medicinal and ritual powers.

The “queen of flowers” was appreciated by the Egyptians, Greeks and Romans. At the time, only a white variety was grown mainly for its medicinal virtues.

All antiquity venerated the rose and gave it a place in its myths and legends. It is the symbolism of regeneration and eternity of life cycles, linked to a spiritual rebirth but it was appreciated for its medicinal virtues, its scent to spiritual action and ritual applications. In the form of powder, extraction of essences, or infusion of rose water, it was mainly used in medicine to cure pain, infections, nausea. Its freshness and sweetness made it the emblem of virginity for its purifying power: this is the reason why “Rosa Alba” became the official emblem of the Virgin in the year 400 A.D.

The rose was used for rituals during mummifications during the reign of Ramesses II: it was part of the ornament of sarcophagi and tombs. A bouquet of roses was discovered in Tutankhamun’s sarcophagus.

It was used from about the year 500 in some convents or monasteries where it was cultivated for its medicinal and magical properties in application of purifying ointments (exorcisms). The essence of rose was so famous for its purifying properties, that in 1187, when Saladin recaptured Jerusalem from the Crusaders, he had the mosque of Omar purified with rose essence. Then, the Grand Master Templar Bernard de Clarvaux brought the rose back to Western Europe around the year 1200.

The red rose was used to tune with the higher forces and to pray more effectively. It elevates the spirituality of the soul by a re-harmonization of body and mind.

Roses possess a sacred geometry and their high energetic vibrations are similar to that of a human being in perfect harmony at the level of body and mind.

A scent of rose that manifests itself spontaneously can attest to a divine presence (angel, archangel). In addition, the smell of rose essence is indicative of a frequential language, of heavenly warning, of a sign of grace granted…

Red roses are rich in vitamins A, C, B, E, K and rich in anthocyanins and tannins. Anthocyanins are important elements for anti-oxidation and anti-aging. Tannins are used to prevent cardiovascular disease.

They can help regulate the endocrine system, menstruation and alleviate menstrual pain. The essence of rose rejuvenates and beautifies the skin.

This ointment is composed of an extract of red roses from Damascus, one of the oldest varieties of India, China and Persia cultivated with respect, and harvested according to ancestral principles to preserve the organic and magical qualities.

Use in application on the seven chakras:

This ointment brings a re-harmonization of the energy centers in relation to our vital energies (etheric) and our emotional energies (astral). It regulates both the internal energies on the level of the endocrine (hormonal) glands and the external energies by cleaning the negative thought forms of our emotional body. Take on the tip of a finger a tiny amount (volume of a pinhead) of highly concentrated ointment and then apply it by massaging the area of the body corresponding to the chakras.

Use in application on the face or other areas of the body:

To relax the face and nervous tensions created by stress, headaches, feelings of oppression and emotional discomfort, to get calm.
This ointment is applied to the temples, to the “third eye”, at the base of the nose above the upper lip, behind the ears, at the top of the nape at the base of the skull “Alta Major 1st cervical”. Take on the tip of a finger a tiny amount (volume of a pinhead) of highly concentrated ointment and then apply it by massaging the corresponding areas of the body.

Therapeutic use in application on the body:

This ointment is applied for a multitude of physical ailments because this quintessence of roses will penetrate the different zones that you want to re-harmonize for localized use (to stimulate the energy of the meridians). Examples: nervous tension at the top of the shoulders at the base of the nape (occiput), inside the wrist at the base of the palm of the hand, inside the fold of the knees, in the hollow of the kidneys. 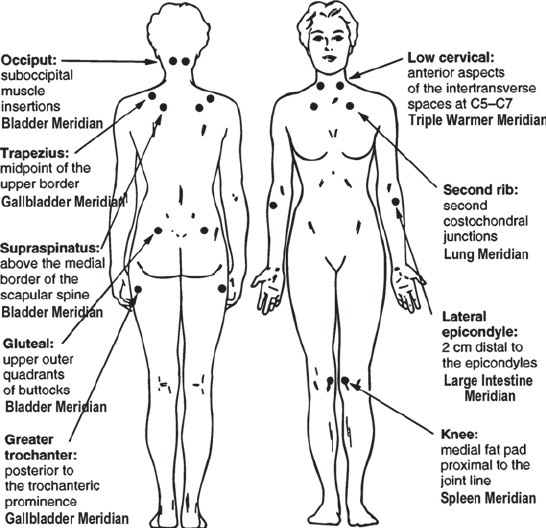 Aesthetic use in body oil:

This oil has a regenerative action of the skin in order to decrease the size of the skin pores of the face but also wrinkles. The skin will gradually regain over the weeks its elasticity and a silky appearance.
Dilute the tip of a small sharp knife (1 G or 0.035 oz) in 100 ml (3.52 oz) of organic sunflower oil or organic sweet almond oil. Mix well in a bowl with a small non-metallic spoon, then pour into a glass bottle and let stand for 24 hours before applying in massage on the skin. This quintessence of rose will penetrate, regenerate the skin but will also increase your energetic frequency.

The rose ointment applied to the reflex area at the base of the nose above the upper lip, gives off a smell of rose that stimulates for several hours, the nasal mucous membranes where are located many olfactory receptors in order to stimulate the sympathetic nervous system.

To regulate the energy of the heart, kidneys, lungs, liver and endocrine glands:
Dilute the tip of a small sharp knife (0.5 Gr to 1 Gr) in 100 ml (3.52 oz) of organic sunflower oil or organic sweet almond oil. Mix well in a bowl with a small non-metallic spoon then pour into a bottle in and let stand for 24 hours. Then, take half a teaspoon two to three times a day, preferably at sunrise and bedtime.

The product is not a drug and does not replace any allopathic medical treatment, it does not involve any danger, toxicity or addiction.

ATTENTION: This product is NOT RECOMMENDED FOR CHILDREN UNDER THE AGE OF 7 ONLY FOR ORAL THERAPEUTIC USE. It is possible only for external use under 7 years old.

It is recommended for people of the THIRD AGE.

Links to scientific publications and references:

There are no reviews yet.

Be the first to review “Mystic Rose” Cancel reply